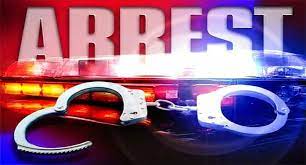 An investigation launched last July, has lead to charges being filed in Major County District Court Aug. 3, against Lyndale Briant of Fairview. Fairview City Council Member Shane Bode was also listed in the affidavit on file in the case.

During a search on Briant’s  business LWB Enterprises, July 12, 2021, Oklahoma Bureau of Narcotics officer Brandon Powell observed numerous black in color plastic bags. Some of the bags had ACE Cannabis stickers on them. Mr. Briant then opened the locked door on a second room.

Mr. Briant stated that Shane Bode told him that it was legal to store the marijuana there since he had a “license”. Shane Bode is the Vice Mayor for the City of Fairview and is the husband of Lori Bode. Lori Bode is one of the listed owners for ACE Cannabis Group LLC.

Briant has been charged with:

LWB Enterprises has since obtained an Oklahoma Bureau of Narcotics Registration but did not have one at the time the crime was committed. Additionally, Shane Bode is no longer the Vice-Mayor for the City of Fairview but still serves on the city council.

FULL STORY WILL BE PUBLISHED IN THE AUG. 11 EDITION OF THE FAIRVIEW REPUBLICAN